Film composers Michelino Bisceglia (BE) and Hans Mullens (BE) have been soulmates for almost a lifetime. Going their own musical ways, they understood and appreciated each other’s artistic adventures. They both composed and arranged soundtracks for films and other media.

They joined again as ‘Svínhunder’, often like-minded, but also challenging one another: an experimental playground for piano, an acoustic or electric bass line combined with sound design and electronics. Adding drums and strings from the renowned Brussels string quartet 'Echo Collective', completes the sound spectrum of Svínhunder. By adding visuals to the live performance, visual artist Eric Engels proves that Svínhunder’s hybrid music is inextricably linked to image. It’s as if the film is being added to the soundtrack.

At the end of 2019 they launched their first EP Anna.

Their collaboration continues as they recently scored the music for the Belgian historical-drama Thieves of the Wood, about “an eighteenth century bandit who becomes a local hero”. The show is currently internationally available on Netflix and can be viewed in Belgium on the new platform Streamz. The soundtrack was released in April 2020 by Milan Records / Sony Classical.

“Svínhunder Lab” is a ’series of short homemade experimental film clips with original music based on the typical sounds of the object you see at the start of the clip. As film composers we are often inspired by the most common sounds or weirdest objects. 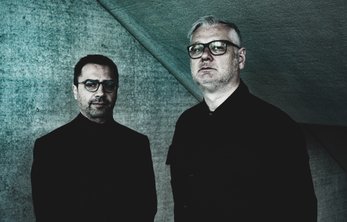